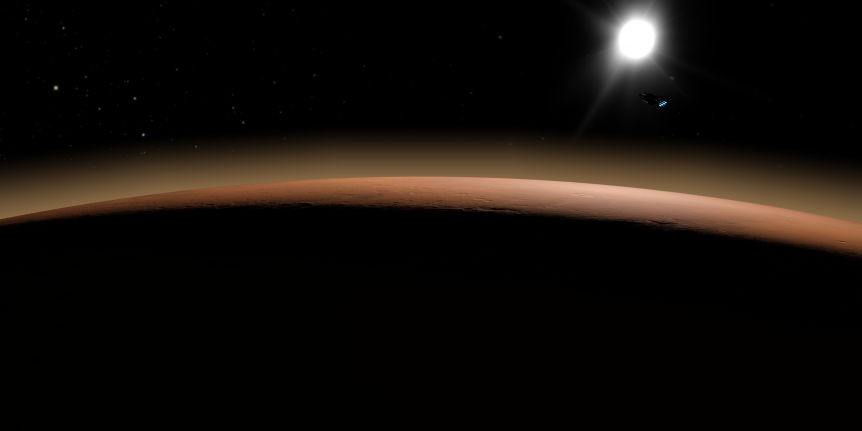 So a LOT has been happening in the last 4 months…. and especially the last 4 weeks.

Detailed anaysis of the US Space Act (and the ITU constitution) has lead us to append two additional claims to the original Mars Land Claim. We now use contemporary legal arguments to effectively claim rights to Mars resources and mining/homesteading slots.

See this link to our recently modified & important legal documents:

Worrying World developments now mean that our Peace Campaign (to update and #SaveTheSpaceTreaty) is more important than ever. If you are familiar with our goals, you will know that as well as giving all our fellow “Martians” a genuine claim to land on Mars, we are using that claim to prove the ridiculous weakness in the Outer Space Treaty in order to sting the UN into updating it. You see, in the modern world of commercial space exploitation, this 50yr old treaty is no longer fit for purpose …but … it is the only thing preventing nuclear weaponization of space … that’s a fact.

If we prove its weakness against our celestial land claim we may just sting the UN (COPUOS) into updating the treaty before its too late.

We need the strength of the treaty now more than ever..

The Intermediate-Range Nuclear Forces (INF) Treaty has been dropped by USA and Russia (and China never signed it).  There will be some nuclear weapon development and proliferation as a result.

If the Space Treaty is dropped then it is inevitable that NUKES will be in space very soon. … Just think how dangerous it would be if several nations were to have such weapons aiming down at us. Think how much easier the impersonal use of such distant weapons might be compared to launching from national land. Once they are up there, it will be difficult to get rid of them … they will pose a huge threat to us all.

Our World is beginning to get unstable again … we have been very lucky to have had world peace for 60 years … our human default setting over the centuries has been war…. and now we see evidence of a brewing East-West Cold War again. We see Russia is agitating with aggression and the West is starting to fracture … US protectionism and spiky foreign policy, UK-EU Brexit, Franco-Italian friction, North Korean unpredictability, Arabic implosions …. plus Chinese commercial might, military secrecy and rapidly advancing Space capability.

We really do need the Outer Space Treaty to become strong and respected again.

Our claim could make that happen.

Just a few months ago it was obvious to us that the mainstream US view of our campaign was negative. US political/science-media sources disapproved of our plan to use our Mars Land Claim to instigate an update to the failing treaty and install a UN appointed regulatory regime for space exploitation). They preferred to keep things open and competitive – first come, first served, with a bit of rule bending to allow the mining and selling of celestial resources.

Now we actually do like the US Space Act…. but we recognise that it weakens the Outer Space Treaty … quite a lot. We could see the Treaty being discarded, soon.

But now there may be a change of mind in the US.

With China now planning Moon bases (and probably Mars bases) and global nuclear proliferation on the cards again, well … the US might actually like to have a bit of order and security again.

After all, during 1965 and 1966 (with Russia displaying its military might and space technology), it was the USA who most vigorously pursued the developement of the Outer Space Treaty. They wanted security. Well, here comes that time again….

You see, our legal counsel advises that an International Court may find the outcome of our claim to be an ethically attractive one:

The Space Treaty and the subsequent Moon Agreement state that space is the province of all mankind … indeed it is the heritage of mankind (= humankind). Equitable sharing of celestial resourses is proposed…

We agree with all that… our offer of a valid claim to land on Mars is made to everyone on Earth, from all countries, be them technologically advanced or not. If you have internet access and $9 you can join in the communal claim. At that low price point there are more eligible people in India than America! We are also holding back a very large number of FREE land claims set aside for proven peoples (ie. hold relevant passports) of developing nations. This will go live very soon.

Our land claim is truly the province of all humankind. Our Declaration Of Intent (recently updated) goes further: all Martian claimants have signed in agreement, that should an International Court (PCA, ICJ, or other UN appointed) recognise our claim through registration, we would all become contingent beneficiaries under UN Trusteeship (except possibly Dr Philip Davies who is prepared to relinquish any beneficiary status). Thus our claim results in the UN having Trusteeship of all the land on Mars and it may then form a truly commerce-friendly regulatory body which should satisfy space faring nations now and in future.

Thus our claim could deliver upon all the key points in the space treaties….

1. The province of all humankind…tick


4. A strengthened, ratified Treaty to protect humanity from the threat of WMDs being placed in space or on celestial land… tick


Of course, this is all made possible through the execution of a celestial land claim which, when examined closely, is shown to satisfy international law (for acquisition of barren/difficult land) and penetrates existing space law.

The small fees paid by our fellow claimants (The Martians) will be bundled together to fund the legal due process … we aim to reward our fellow Martians with either actual Mars Land title or a very nice payout from UN (see our legal documents and Declaration of Intent).

Now lets not forgot the overriding purpose of all this … to provoke an update to the only law that prevents nuclear weaponization in space. It is currently facing extinction due to it’s inadequacy wrt space commerce .. if we can update it to include modern relevance to space mining, space debris management and celestial land appropriation, then  we can preserve its strength against weaponization…. and save the World for our descendents.

So, where are we at right now?

Well, with funds growing and legal prep advanced, we think by early 2020 we can bash open the saloon doors of an International Court (or National Court if we go down the “tresspass route” against an existing space agency).

We are aiming to get our case discussed at the next COPUOS (UN) meeting … we know through close discussions that various national representatives on the committee are fascinated by our claim.

Right now we are awaiting formal replies/decisions from these delegates.

Within the next few weeks we will launch a much bigger media campaign in US, Canada, Europe/UK, Israel, India and Australia.

So, follow us ( Twitter-MarsForSale or Twitter-JoinTheMartians ) better still, come on and Join The Martians! 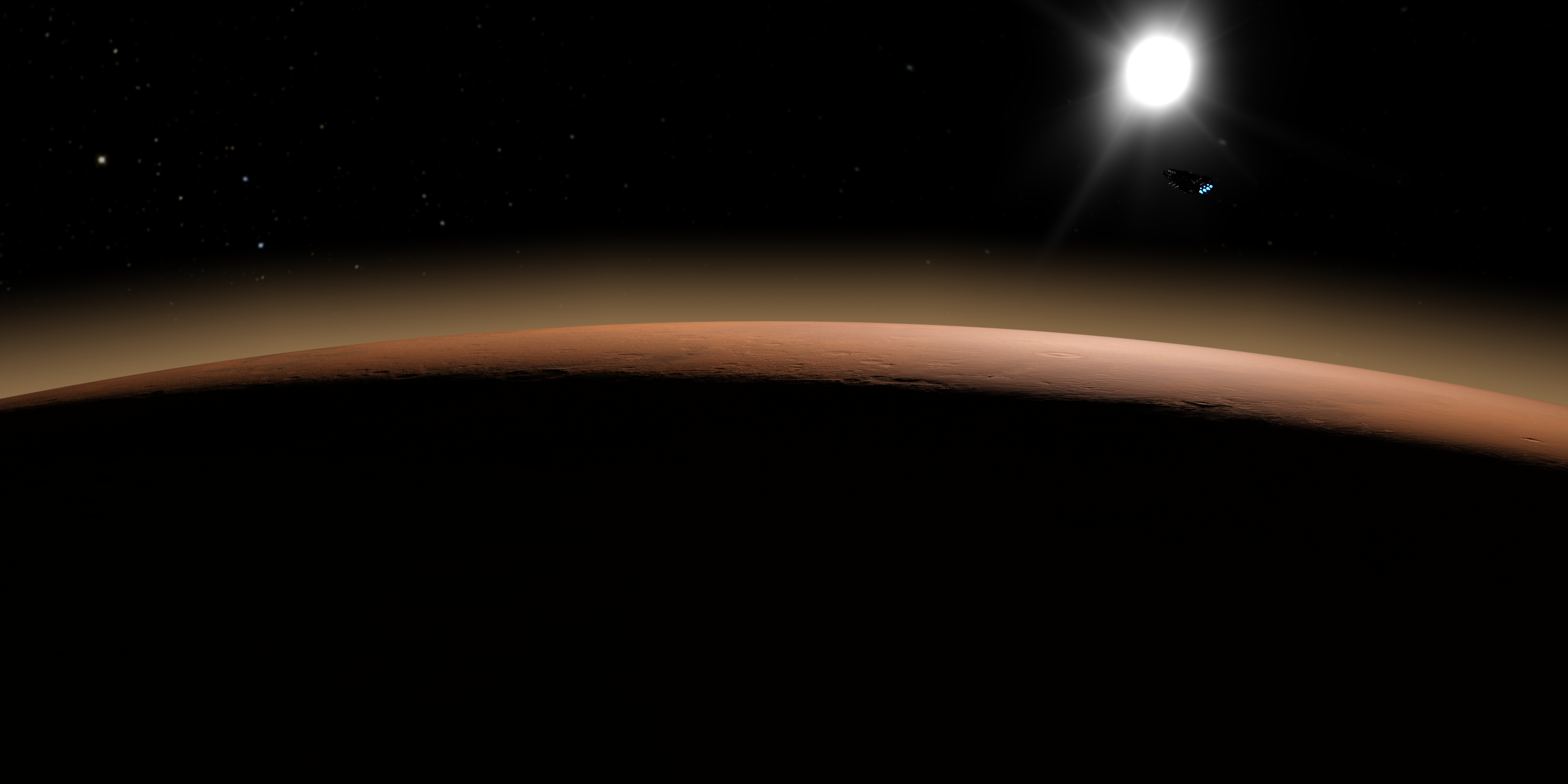